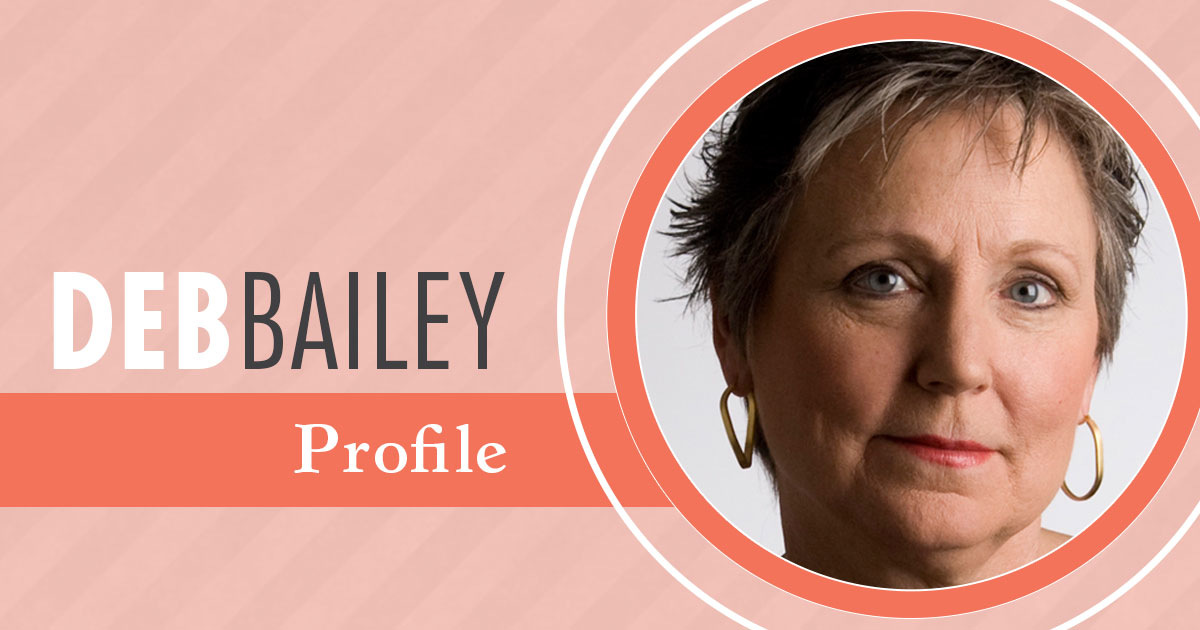 Deb Bailey, director of global corporate relations at Steelcase, has made a positive impact on the Grand Rapids area in so many ways that it's difficult to imagine how she has time to sleep or eat, let alone balance a corporate career with her community commitments and family life. Yet she makes community involvement seem as natural as the rest of her daily routine.

Deb came to her position at Steelcase via degrees in education and counseling. "Teaching was one of the paths of least resistance at the time—it was open to women as a career, the same as secretarial work and nursing." While teaching, she took interest in students' social and psychological development, which prompted her decision to pursue a degree in counseling. As she moved into the field of business, she found her background in education and counseling served her well. "It's always been based around helping people," Deb says of her career.

She has also made tough choices in order to maintain balance in her life. Deb made a conscious decision not to aspire to a higher level in her career. As a single mother to her adopted daughter, she did not want to have to travel and be away from home. She wanted to have time to devote to both family and community. "I had to curb this dream [career] a little bit in order to have these other dreams."

Deb describes her choices in organizational involvement as a matter of helping meet people's basic needs, with a focus on access and equity. "I've been lucky to find organizations that match my interests, and hold similar values." She is currently on the boards of Hospice of Michigan, Aquinas College, St. Mary's Hospital Foundation, and Grand Rapids Community College; is co-chairing the YWVA Capital Campaign; and chairs the Saint Mary's Foundation board and the Grand Rapids Student Advancement Foundation. Deb has also served on numerous other community boards, committees, and capital campaigns. For her work and her community service, Deb has received a number of awards, including the YWCA Tribute Award for Community Service, the Grand Rapids Chamber of Commerce ATHENA Award, Herman Miller's Outstanding Employee Award, and The Aquinas College Outstanding Alumni Award.

Deb's community commitments are a way of connecting with like-minded people, and she finds value in fueling a spirit of collaboration. "It's not about the 'I'—it's about the 'We.' People perform in that kind of environment. People have a voice, and everyone has their fingerprints on the project—it provides a sense of ownership. It's rewarding to be around people who roll their sleeves up and get things done—people who don't seek out the glittery jobs or the spotlight." It's hard to pin Deb down about which success she's most proud of. For one thing, she's quick to give credit to the group, not herself as an individual. But Deb was willing to point out one accomplishment she's very proud of: A cancer survivor herself, Deb is one of the founders of Gilda's Club, which provides free emotional healthcare to children, family, and friends of those affected by cancer. "I feel really good about Gilda's Club," she said, noting that she and the other founders had no idea how great the need was for such a service.

What has she learned along the way? "Balance and calibrate often. Make time for relationships, and to take care of yourself. Expose yourself to new ideas—experiencing diversity of thought means you never stop learning. Know when it's time to turn things over—tap into the right people, bring them in to your organizations, and be a cheerleader for them as they become leaders. And pay attention to how you handle your losses—it reveals much more about yourself than your successes."

On April 22, 2015, Deb Bailey will be recognized at the 2015 Women of Achievement and Courage Celebration West Michigan in honor of her community leadership. The event, which takes place at the JW Marriott, Grand Rapids, and is being held by the Michigan Women's Foundation. West Michigan Woman is proud to be a sponsor for this event. Click here for more information about the celebration.